How office work can kill you

Computers and smartphones have revolutionised the way we work, but our health is suffering in insidious new ways. The tip from ergonomics experts is: don’t just sit there, do something.

If you are reading this article on a screen, chances are that your spine is slouched and your neck is protruding forward. If it’s a mobile device you are using, your turtle-neck posture will be even more pronounced.

When the Australian Standard for screen-based workstations was written in 1990, a workstation meant a desktop computer on a permanent desk.

Today, with the advent of mobile devices and trends such as hot-desking and BYO devices, a workstation could be anything from a laptop to a tablet or smartphone perched on your lap, palm or pillow, on a bus or in bed. This is leading to increasingly contorted postures as we pretzel our bodies to peer into the screens of our gadgets.

While the Australian Standards haven’t been updated for more than 25 years, the list of ailments afflicting the bodies of sedentary, screen-based workers has. Physiotherapists and ergonomists are now treating new conditions such as tech neck and email apnoea, as well as back pain and wrist pain. The scary thing is that the more time we spend online, our bodies go off-line, and vital signs of life diminish – we move less, blink less, even breathe less.

The risk of sedentary death syndrome (SeDS) has never been higher, with 75% of a typical workday spent seated, according to recent estimates. The term SeDS was coined by medical researchers to wake us up to the fact that excessive sitting is a way to slowly kill yourself.

Every extra hour spent sitting increases the risk of dying of heart disease as much as 18 percent according to a 2010 study of 8000 people by the Baker IDI Heart and Diabetes Institute. That’s true even if you exercise regularly.

Auckland-based physiotherapist Tania Clifton-Smith, who specialises in breathing pattern disorders, says she sees many people affected by email apnoea. The term is a play on the serious condition sleep apnoea, where sufferers stop breathing for very short periods, or shallow breathe while they sleep.

“When we focus intensely, such as when texting, typing hard or answering emails under pressure, we tend to inhale and hold our breath,” says Clifton-Smith.

This unconscious reaction occurs many times a day, and if you add in stress and a slumped posture, a typical day’s work can become a high-risk activity for low-grade hyperventilation.

“People are usually unaware that they are holding their breath and think their breathing is fine,” says Clifton-Smith. “They can’t believe that something so simple could be causing such severe symptoms as insomnia, a foggy brain or anxiety.”

A study by New York spinal surgeon Kenneth Hanrsraj demonstrated that when you lower your head to look at a screen, it creates much more pressure on your neck than you might imagine.

When your head rests in a neutral position on your shoulders, the pressure it creates is equal to the weight of the person’s head – which is usually about 5kg.

A 15-degree forward tilt of the head increases the weight on the cervical spine to 12.2kg, Hanrsraj estimates. At 30 degrees, the weight increases to 18kg, and at 60 degrees, 27.2kg. That’s like carrying a suitcase around on your neck for several hours each day. The result? Tech neck.

“People spend about three hours a day on their smartphone, often doing activities that require quite a lot of concentration, such as booking flights or responding to email,” says Chennell.

Symptoms of tech neck include chronic pain in the neck, shoulders, upper back and upper arms, disc injury and associated nerve pain.

Employers should be interested in addressing discomfort well before it becomes an injury, says Kirsty Angerer, an ergonomist with Humanscale, who has worked with companies in the UK, Europe, the Middle East and now Australia. Not only does early intervention reduce treatment costs, it’s also important for productivity, says Angerer, as “pain distracts the brain”.

Workers who experienced a painful condition in the preceding fortnight lost an average of 4.6 productive hours a week, found a survey of 28,902 American adults, published in the Journal of the American Medical Association in 2003.

Digital natives who have grown up with a computer mouse in their hands are emerging as a significant client group complaining of discomfort, according to Angerer.

“I will often go to do an assessment expecting to see someone aged over 40, but the person can be in their 20s and spending 12 to 18 hours a day working on screens,” she says.

Professor Alan Hedge, from the Department of Design and Environmental Analysis at Cornell University, has been studying workplace ergonomics for decades and its impact on health, comfort and productivity.

He has recently distilled research findings into a 30-minute formula designed to keep our joints, muscles and metabolism healthy: 20 minutes sitting, eight minutes standing and two minutes of movement – the 20:8:2 cycle.

However, is it possible to tear ourselves away from our digital screens and concentrated stream of thought this often?

The workplace trial, Stand Up Victoria, which involved 231 workers, was designed to test the feasibility of the “stand up, sit less, move more” message. Its results, published in 2016, showed that you can reduce daily sitting by one hour and 40 minutes, through a best-practice intervention involving individual health coaching, social and leadership support, as well as sit-stand desks.

The trial also reported significant reductions in workers’ blood glucose levels. Changes were small but the group was already healthy. “In people who are overweight or have diabetes, even greater health gains can be achieved,” says associate professor Genevieve Healy, lead study author from the School of Public Health, University of Queensland.

Is standing sufficient, or do you need to move?

“Standing is good, but stepping is better,” says Healy. Some biomarkers, such as blood glucose and blood fats, respond to simply getting up; other biomarkers, such as body weight and body fat, are likely to respond more to movement which involves greater energy expenditure.

The Stand Up Victoria study demonstrated that achieving a simple behaviour change – to stand up more – requires a concerted effort.

Until the design of our work tools makes regular movement natural and easy, we’ll need to raise our body intelligence in order to avoid the high toll of sitting all day at a screen.

“Listen to your body,” says Healy. “It’ll tell you when you need to move.”

Check your vital signs at work 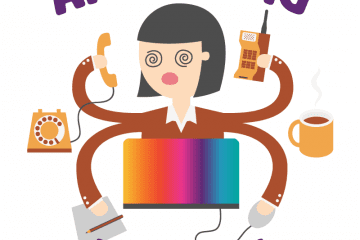 The ATO is urging Australians to ” just wait a few weeks” before lodging any tax returns as staff are stressing out with the explosion of phone calls they are receiving. So what is causing Read more… 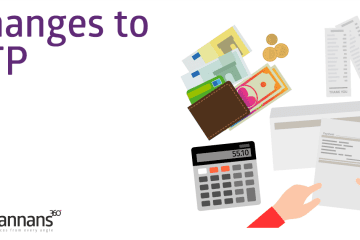 STP is now here! So what is STP? STP is Single Touch Payroll. It requires that you declare your payroll to the ATO on or before you pay wages. Employers with more than 20 employees, Read more… 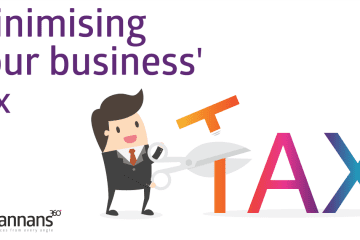 With the 2019 End Of Financial Year about to come to a close, below is a checklist of items to see if you can save more tax this year: 1. Defer Income Depending on your Read more…